A lady who joined Twoheartsmeet a few weeks told me how she had been hurt in a previous relationship a few years prior. Even though she really relished the idea of being in another relationship she was naturally afraid of getting hurt again. She also found it hard to trust guys again as her good nature had been abused by her ex when he borrowed money from her and then “disappeared into the sunset” as she said.
She had met him on an internet dating site, had never been to his house, had never met his friends or family and finally one day when she was unable to get through to him on the phone she realised that he had changed his number. Even though they had only been together for a few months, she trusted him enough to give him a “loan” to put a deposit on an apartment. He had told her he was living at home with his parents and couldn’t wait to move out so they could have plenty of private time together. She was happy to give him a loan until his loan approval had come through from the bank. This was his story which she never questioned at the time. Now she believes this was all fabricated. She feels very foolish to have trusted him and was angry with herself for having fallen for him in the first place.
However, time heals all wounds and this lady has finally accepted that she will never see her €500 again. But the most important lesson for her is to keep believing that even though it is a risk to love someone the chances are that more people find fulfilment in relationships than those who don’t. She has forgiven herself for her “foolishness” as she calls it and won’t be so naïve in the future. Now she feels ready again to open her heart to someone new as she has a lot of love to give and will not allow a bad experience to turn her heart to ice. 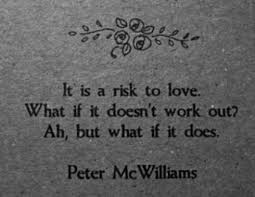