Age is only a number! 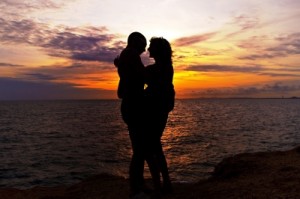 Sometimes I tell members of Twoheartsmeet stories about couples I have matched over the last four and a half years. One of my favourites is a couple that I introduced back in early 2012. On the outside it looked like they were an unlikely match, the reasons being the lady whom we will call Anne (not her real name) is six years older than Liam (not his real name). Not only this but Anne is divorced with three teenagers while Liam is single and doesn’t have any children. I introduced them to each other as I knew they both had the kind of personality the other was looking for.

Anne had been searching the internet for a dating agency in Tipperary when she found our site. She had been married to a very quiet and retiring man and was hoping to meet someone confident and socialable to match her own outgoing personality and felt that joining an agency was the way to go.

Liam had been looking for a dating agency in Clare or Limerick when he stumbled across Twoheartsmeet. He explained that he was looking for a lady who knew what she wanted, wasn’t afraid to speak her mind and was very straight forward, easy going and not into mind games as his previous girlfriend had always blown hot and cold and made it very difficult to build a mature relationship with. He was open to meeting someone with children as he was in his mid 40’s and had decided that he didn’t want to have children of his own. So when I contacted him with Anne’s profile he was very open to meeting her and felt they would make a good match.

Anne, on the other hand, wasn’t sure if a guy who was six years her junior was quite what she imagined for herself. She loved his profile other than that as he had similar interests and values to her as well as being very easy on the eye with sallow skin and gorgeous brown eyes!

Nearly three years on, they are both delighted they were introduced as they are crazy about each other and Anne can’t believe how well Liam gets on with her teenagers. Liam loves being with someone who doesn’t make a big deal out of the smallest thing like he experienced with his ex-girlfriend. As Anne has been through the ups and downs of life, a divorce and raising three children, she is very mature, responsible and grounded, all values that he really admires in people.

To me it proves how important it is to be open-minded as you just never know until you meet someone in the flesh whether that all-important spark will be there or not! If Anne and Liam had decided not to meet up because of the age gap, they would have missed out on some of the happiest moments of their lives! And what a shame that would have been!